Susan C. Winckler, RPh, Esq., is CEO of the Reagan-Udall Foundation for the Food and Drug Administration. The Foundation is the non-profit organization created by Congress to advance the mission of the FDA.

Ms. Winckler was CEO of the Food & Drug Law Institute. She provided a neutral forum for these stakeholders to address domestic and global food and drug law issues. She also served on FDLI’s board. As Chief of Staff for the U.S. Food and Drug Administration (2007-2009), Ms. Winckler managed the Commissioner’s Office. She was unique among her predecessors in also simultaneously leading FDA’s Offices of Legislation, External Relations, Public Affairs, and Executive Secretariat. In 2007, she led FDA’s medical product negotiation with China’s then-State Food and Drug Administration, resulting in the Product Safety Memorandum of Agreement between the two nations. Her earlier career service included more than a decade at the American Pharmacists Association in a series of positions of increasing responsibility. 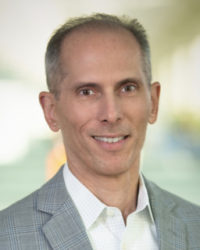